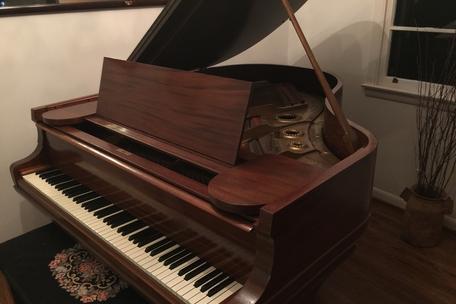 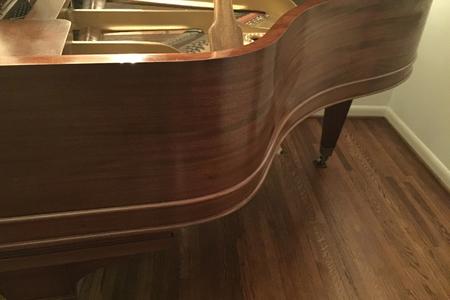 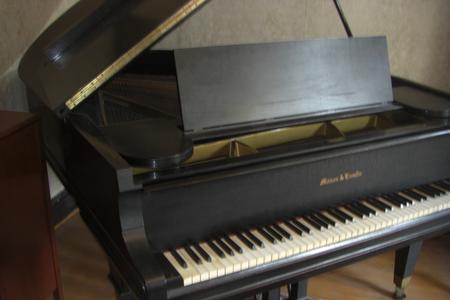 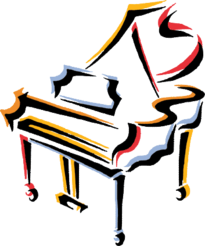 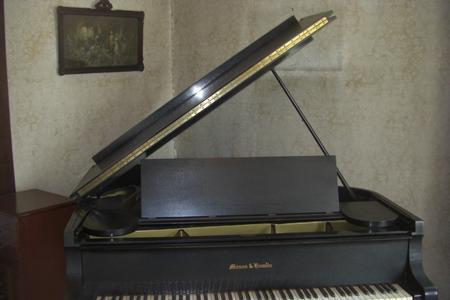 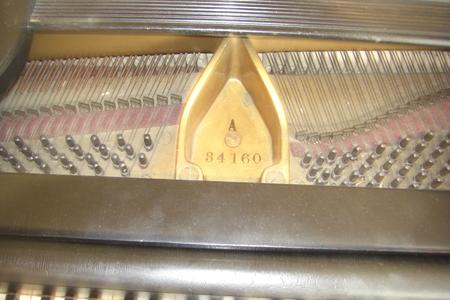 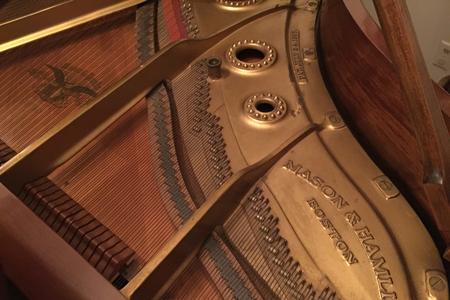 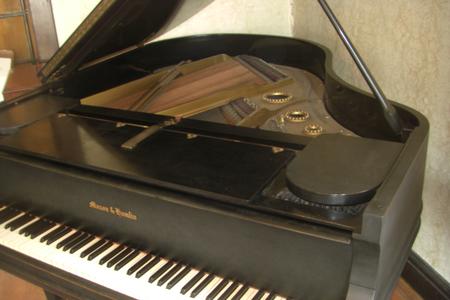 ​Check back soon for details on other pianos for sale 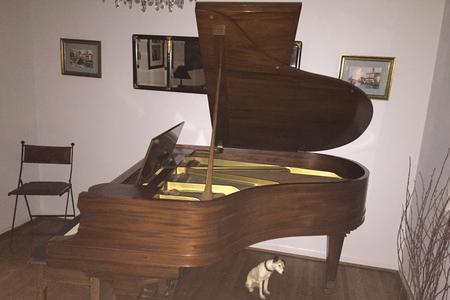 There is no other piano James would rather have in his home than a mid 1920s original Mason and Hamlin model A grand.  Hands down, they are the most dynamic and compelling mid sized grand piano ever made. This 1925 Mason & Hamlin A was in his home in Nashville. After relocating to NY, he no longer has the room and much to his sadness, it has to go. The piano was owned by a family living in Texas who relocated to Nashville. James is the second owner and can attest to its greatness. If sold within a 75 mile radius from him, he will offer a conditional warranty.

James found this amazing instrument in Nashville and bought it from the estate of the original owner. This Mason & Hamlin is 100% original including the polished ivory key tops. James had a 1926 all original Steinway L (5' 10") grand in his studio when he bought this Mason. He decided to do a comparison test between the two original pianos and for eight months they were side by side in his studio. He and others would play and record both pianos but in the end, he found this Mason far more compelling and superior in recording and sold the Steinway. If sold within a 75 mile radius from him, he will offer a conditional warranty.

Bartolomeo Cristofori was an Italian harpsichord maker who is generally credited with the invention of the piano forte around 1709. Many changes have been made to his basic design through the years and most agree that the period between 1895 and 1928 are the pinnacle years that brought forth what we now refer to as the "Golden Age of Pianos."

​"After decades of piano service, the good ones stand out." This simple statement by James reflects years of experience servicing American, Asian and European pianos. He started collecting American golden age pianos that he felt confident in recommending to his divers client base. From recording studios to beginner students, his selection of pianos provide the best option for every situation. James is now semi-retired and offers piano tuning, piano repairs and piano action regulation. When he closed Nashville Used Pianos and relocated back to upstate NY, he brought his remaining inventory of five grands and three uprights. Here are pictures and descriptions of these golden age pianos: