It was the fall of 1963. Along with the excitement of becoming a teenager, getting my hunting license and going out on my first date, my father decided it was time I tuned a piano. I shadowed him many times as he tuned pianos in music stores and school systems. As he would tune, I would watch intently. He would turn to me and ask, "can you hear the difference as I bring this note into tune?" "No, well maybe" I would replay. I was never really sure.​ But on this particular day in a class room in Victor, NY, after tuning his temperament octave, he stood and said "finish it." I was petrified yet anxious. I had watched him many times and knew what I was supposed to do, but not real sure what I was supposed to hear.

I could hear him up the hall tuning one piano after another as I struggled with that old kindergarten upright piano. I second guessed myself over and over as I tried to understand what to listen for. And then, like a light going off, I understood what it was I was supposed to hear. It became as clear to me as the ears on my head.  In my excitement, I rushed out of the classroom and ran up the hall to the room he was tuning in and proclaimed, "I hear it!"

By the age of 16, I was tuning floor pianos for several music stores and helping my father with school tunings and a few clients that were ok with a teenager tuning their piano. In the summer of 68, I graduated Geneseo Central High. That following summer, with the military draft hot on my heals, I enlisted into the US Air Force. Everywhere I was stationed, I tuned pianos for music stores, churches, clubs and individuals. In 1973 I was honorably discharged and enrolled at SUNY Geneseo as a music major. Along with tuning pianos after class for music stores and some of dads clients, I was fortunate to obtain the contract at the university to service all their pianos. It was during this time that I turned my passion for composing and songwriting into reality. In the fall of 1977, I was approached by the management of Ronnie Milsap in Nashville and went down for a meeting that changed my world. By 1980, I relocated to Nashville and was writing songs with legends in the industry.

The second week I was there, one of the co-writers I was working with learned of my piano skills and introduced me to Jimmy Cotton and Joe Scafe, engineers at the Music Mill Recording Studio. They asked if I would tune their studio Yamaha C7 grand piano so they could asses my skills. Little did I know, the music group Alabama would be recording on that piano later in the day. My audition tuning went very well and within the next few weeks I was tuning over 20 studios in Nashville.

​Dan Hill recorded a song he collaborated with Barry Mann called “Sometimes When We Touch” in 1978. The legendary session player Bobby Ogden performed the signature piano track on that song. He and Kirk Beasley, another top piano tech in Nashville, had a piano shop on 2nd avenue called United Piano Works. They approached me and asked if I would consider working with them.  It was during this time that I was compelled to take my piano skills to a higher level. Kirk was extremely knowledgeable in piano construction and theory from studying under Baldwin and Steinway manufacturing techs.

Under Kirk’s guidance, one of the first piano restoration projects in Nashville I was involved in was an 1892 Steinway upright owned by another top session player. After taking this Steinway from nothing to an outstanding instrument, piano restoration was in my blood. I began reading every publication on piano restoration, acoustic theories and papers published by leading piano engineers I could get my hands on. I became obsessed with the workings of the piano. In the years following, I rebuilt pianos for several recording studios, performance centers, the Grand Ole Opry and numerous professional musicians.

My composing and songwriting talents continued to evolve through the years. I've had many works published by leading companies including Chappell Music, Warner Brothers and Welk Music Group to name a few. In addition, I  have composed a diverse collection of instrumentals ranging from classical to TV and Movie tracks.

Over the years I had developed a fondness for the “golden age” pianos built in America.  I decided to open a combined retail store and rebuilding shop called Nashville Used Pianos. My focus was pianos built between 1915 and 1928. I had established a network of piano wholesalers across the nation who understood what types of pianos I was looking for. Many recording studios and professional musicians in Nashville recognized the unique tone and performance of these vintage instruments and began to recommend them. The top two brands that were in most demand were Mason & Hamlin and Steinway. Baldwin, Chickering and Knabe rounded out the top 5 American manufactured pianos.

In the summer of 2015, I closed Nashville Used Pianos and moved back to my birth area in upstate NY to assist in the caregiving for my 97-year-old mother. I'm currently associated with The Piano and Organ Center in Rochester, NY servicing their clients and assisting in sales. They are the largest piano and organ dealer in central and western NY and rank among the top 200 dealers in the country. They are currently negotiating for a larger facility that would accommodate a 3-stage rebuilding shop.

I look forward to offering you the same compelling piano service that I have provided to thousands of satisfied clients for the past 5 decades. There are many Nashville clients I still maintain so I travel back every 4 to 6 weeks. If you live in the greater Nashville area, let me know of your needs and I can place your name on my list to call when heading back.

My father has since passed, but his tools are in my kit and his work ethic is a big part of who I am.

James learned the craft of piano tuning and restoration from his father, Orville Burger, more than 50 years ago. 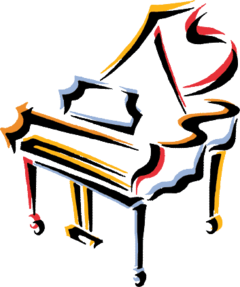 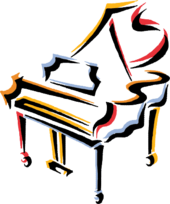